Adopted from a Steamboat Pilot and Today article.

STEAMBOAT SPRINGS — It all started with Sunchips.

The Yampa Valley Sustainability Council’s tree planting program, Retree, will celebrate 10 years of growth at a planting event and community celebration Saturday, Sept. 28. Volunteers must sign up to participate in the planting, but the community is welcome to attend to the celebration without an RSVP.

In 2009, the program kicked off with a $20,000 grant from Frito-Lay. At the time, it was a one-time event, but year after year, more trees were planted, and the program kept going.

In 2009, shortly after it introduced a compostable Sunchips bag, Frito-Lay partnered with National Geographic to hold a competition to fund five projects that would improve the environment. At the time, green hillsides were becoming splotched with red as mountain pine beetles spread through Routt County’s lodgepole pines.

“I was just walking around and saw all the trees, and it was the height of the bark beetle epidemic, so there were all these dead trees everywhere,” said former Steamboat resident Tristan Frolich. “I was like, ‘Oh, it might be really cool to do a tree planting,’ so I just wrote up just a paragraph-long thing about how I would use the money to make a tree planting and try to get community involvement.”

Frolich submitted his idea to the contest, inspired by tree plantings he participated in as a kid: a project called Retree Colorado, which would plant 20,000 saplings in the Steamboat Springs area. The idea was selected as a finalist, which placed him in a video voting competition. He made a six-minute clip, which the public was then allowed to vote for their favorite project. Steamboaters clicked voraciously, and along with the judge’s selection, Retree ultimately won the prize.

Then came the logistics of planting 20,000 saplings in one day. With assistance from the U.S. Forest Service, Colorado State Forest Service, city of Steamboat Springs and the Sustainability Council, they selected six sites to plant at. They used donated buses to carry volunteers to Spring Creek, Mount Werner and Steamboat Lake State Park, as well as three other sites. Three hundred volunteers turned up.

“We were lucky that we had enough buses for everybody,” Tristan said. He had help planning from his wife, Laura. “It was a little bit chaotic. Laura and I — along with the help of (the Sustainability Council) — this was our first time doing anything like that, we had no idea really what we were doing. We were just amazingly lucky to get all the help we got and all the people that actually showed up. It was great.”

Tristan and Laura moved away from Steamboat as he pursued nursing school in Washington but not before participating in the second Retree event. It was much smaller, Tristan said, because they didn’t have backing grants but also because they wanted to build a program that could continue year after year.

“The problem that we had with the first one was we had that big goal of 20,000 trees, and we didn’t really have great places to put all of them, so I think the survivability of some of those trees was probably, unfortunately, a little bit lower,” Tristan said. “The second year, we were able to really target areas that we had a high likelihood of success. That was really a pivotal turning point in the plan. It was more quality over quantity.”

With roots in the work of many community members, business and organizations, Retree is still growing strong. Since 2009, almost 3,500 ReTree volunteers of all ages have helped to plant and steward 26,320 trees.

Today, the program has shifted its focus from forested mountainsides to the riverbanks. While they once planted lodgepole pines and blue spruce, now they’re planting willows, alders and cottonwoods.

Colorado State Forest Service Forester Carolina Manriquez explained the program has evolved. The first Retree program was a reaction to the mountain pine beetle outbreak, and it targeted areas where the forest was not efficiently regenerating itself. Once those were planted, the program shifted to a more proactive role, where trees are being planted to provide shade and habitat for life along the Yampa River as droughts are forecasted to become more frequent in the valley.

Now, too, the program has a monitoring component. It’s not just planting the trees, but caring for saplings for their first few years to give them a strong foundation to grow from. Each tree gets a GPS point and a cage to prevent beavers from eating trees in areas of the river that aren’t so forested. Twice a year, foresters check on the trees, sometimes bringing along a science class to learn about forest management.

She also thinks the Retree program has made people more aware of their community forests — the urban forests that surround us at places such as the Yampa River Core Trail and Howelsen Hill.

“I can’t believe we’re celebrating 10 years already,” Manriquez said. “We planted thousands of trees through the years with thousands of volunteers. More than the individual trees that we’ve planted, I feel like the program has recognition in our community. There’s a stronger connection in our community with their community forests and with the value of trees and also a recognition of how hard it is to grow a little tree.”

Tristan and his wife Laura now live in Washington state. They’re attending on Saturday with their two daughters. This time, that’s what’s going to be the most meaningful part of the event for him.

“They’re going to get to do this incredible experience that I got to do when I was younger, and hopefully, it sort of sparks the love of nature and environment in them that it did in me,” Tristan said. “I think that’s really the lasting, you know, thing of this whole planting. It’s about the kids, and really just trying to show them that being engaged in your community and having this love of your environment is really a lifelong pursuit, and it’s so rewarding. That’s what I’m so excited about, is getting to see my daughters get to share in that with us.” 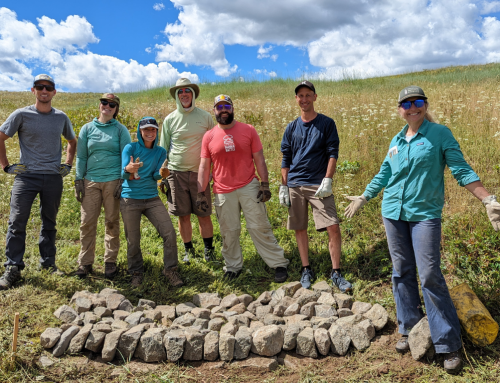 Talking Green: Looking back on another year of successful restoration projects

Talking Green: Looking back on another year of successful restoration projects 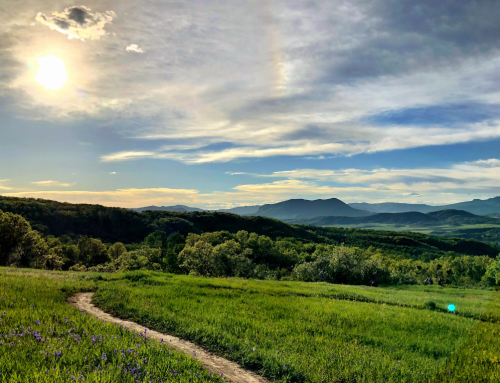 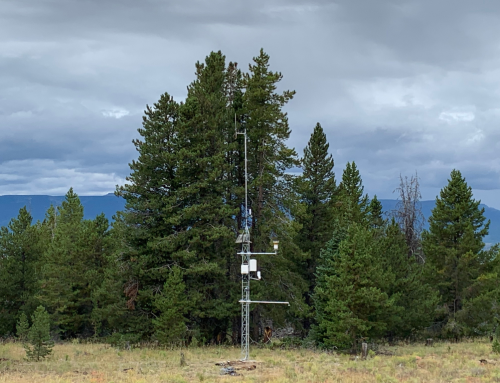